What is Parse Server?

As a mobile developers, we want to develop app that states among the others. We create beautiful UI and challenging animations. We include new features even before the customers think of them. We predict the future. That is our job. But under any mobile apps there is a hard work for the whole team. What on the surface looks like the job of few, usually required a lot of teamwork and hours of consultations.

Parse is a framework, an open source platform for creating applications and their fast, cost-effective development. Parse app is commonly use as backend for mobile apps  (Android, iOS). Because Parse framework has many advantages and its use can be easy and fast, it is worth taking a closer look. 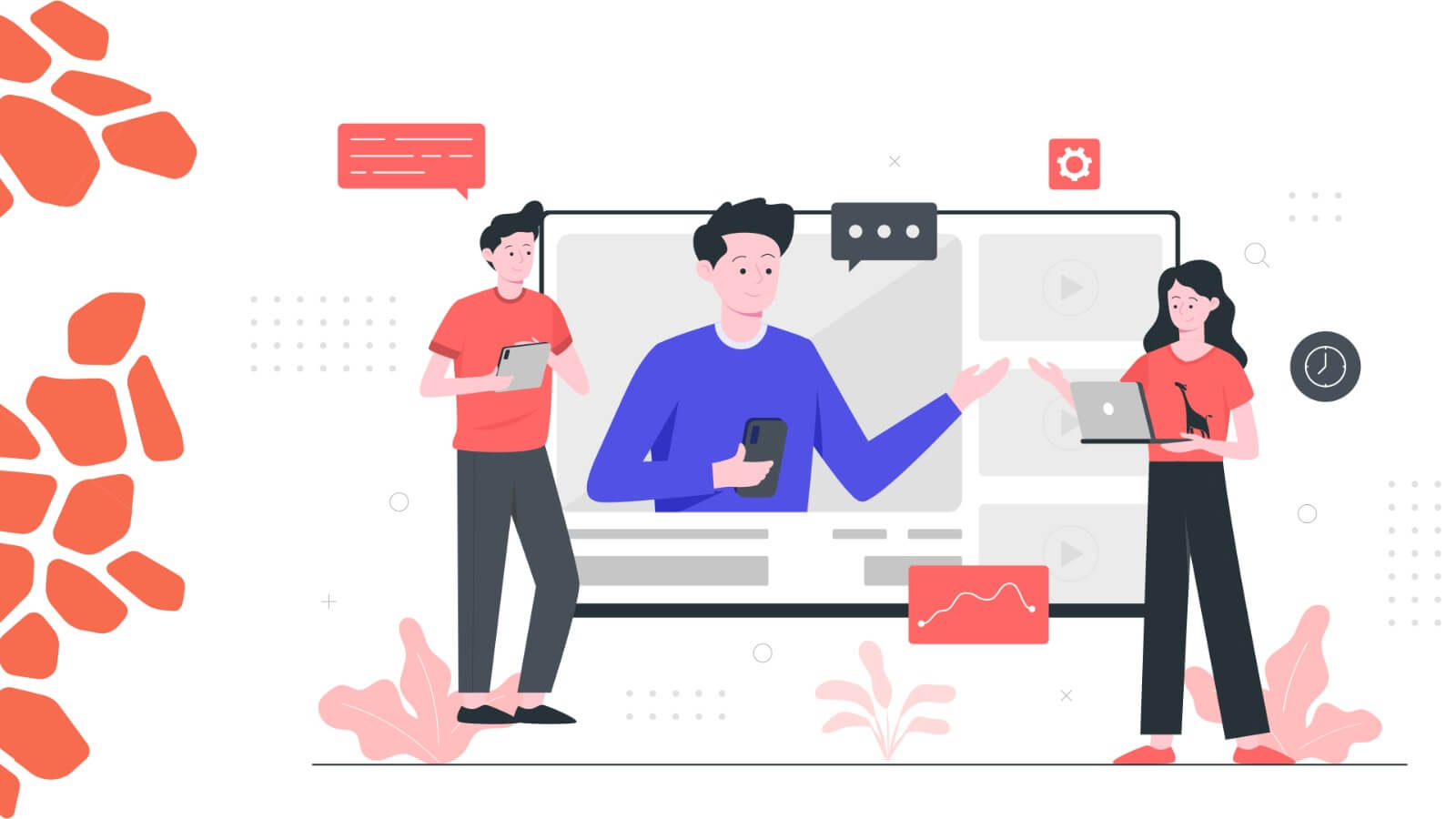 What is Backend as a Service

The designers, backend, frontend and mobile developers work day and night (literally) to deliver products that exceed expectations, amaze people and makes life easier. But all that work can’t be done with complex data structures. What lies under the hood of the transportation app? How can we see the search results for nearest coffee shop almost instantly? Databases are mobile developers bless and worst nightmares in the same time.

Whenever you are developing an app from scratch or add new functionalities to existing one, the choice of right data structure and the place when you can store that data is a crucial decision.

Millions of users, thousands of queries. Maybe your current solution can works well without that stuff. But what about offline access? What if we want to use more complex queries? How do we handle frequent updates? There isn’t a one solution to rule them all. That would be too easy right?

In this article I want to cover the Parse service usefulness when developing a modern app. 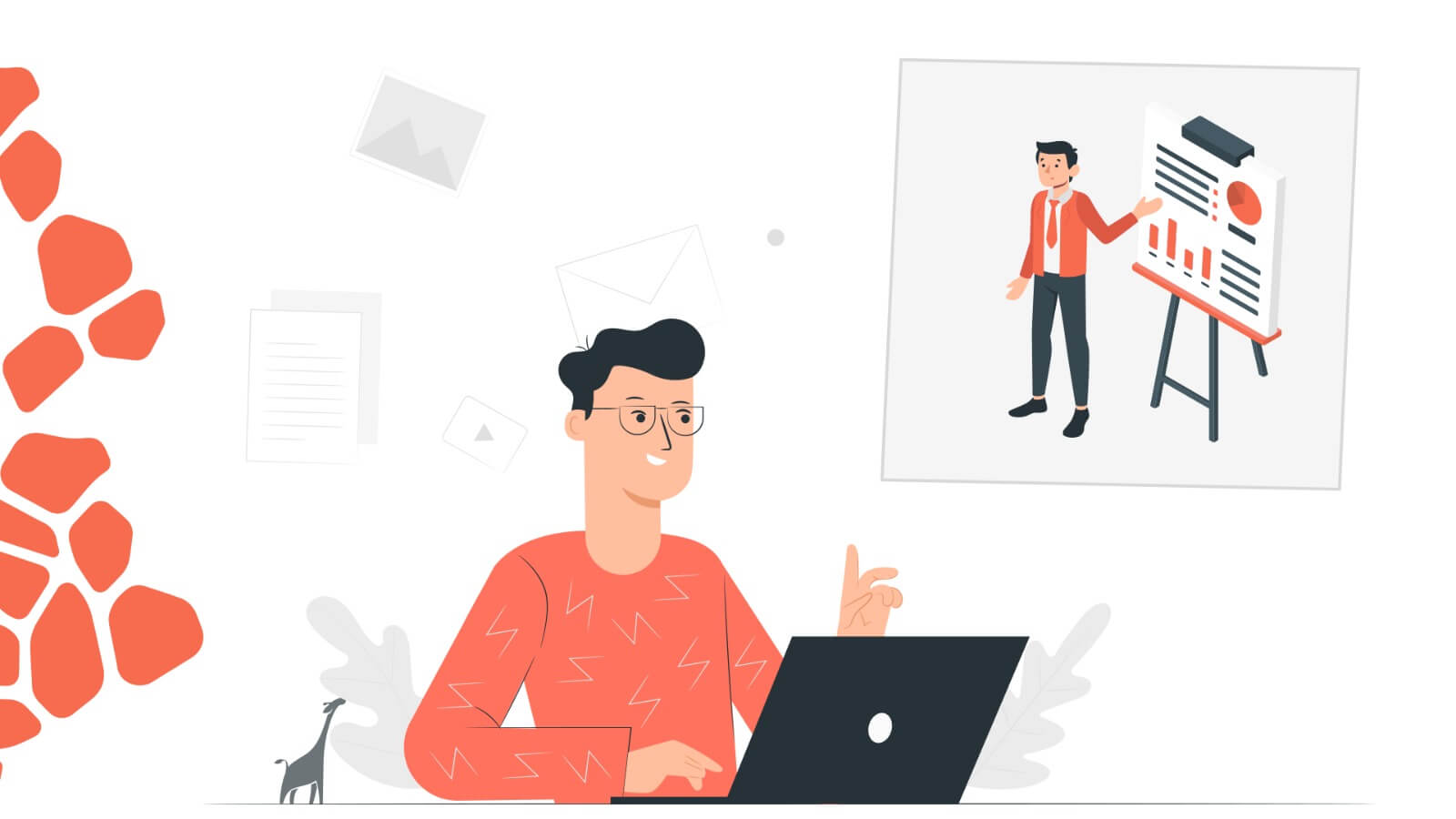 What is Parse exactly?

Parse server is an open source version of Parse backend and is meant to be mounted on an app using Node.js web framework called Express. It uses MongoDB directly as a place to store data. MongoDB is cross platform solution. It is a noSQL, document oriented, schema less database that is praised for its scalability and flexibility with powerful queries tools and performance as main objective.

Pros and cons of using Parse

Thankfully you don’t need to host Parse platform by yourself. There are few hosting platforms from which you can choose (e.g you can visit one of the main Parse Server providers at https://www.back4app.com/ for more information and support). They supply you with all necessary tools and even incorporate new features to further speed the app development process. They work however on freemium business model, which means that at some point you will be faced with additional costs. It is good to take that into account during cost calculation phase to avoid unnecessary surprises. 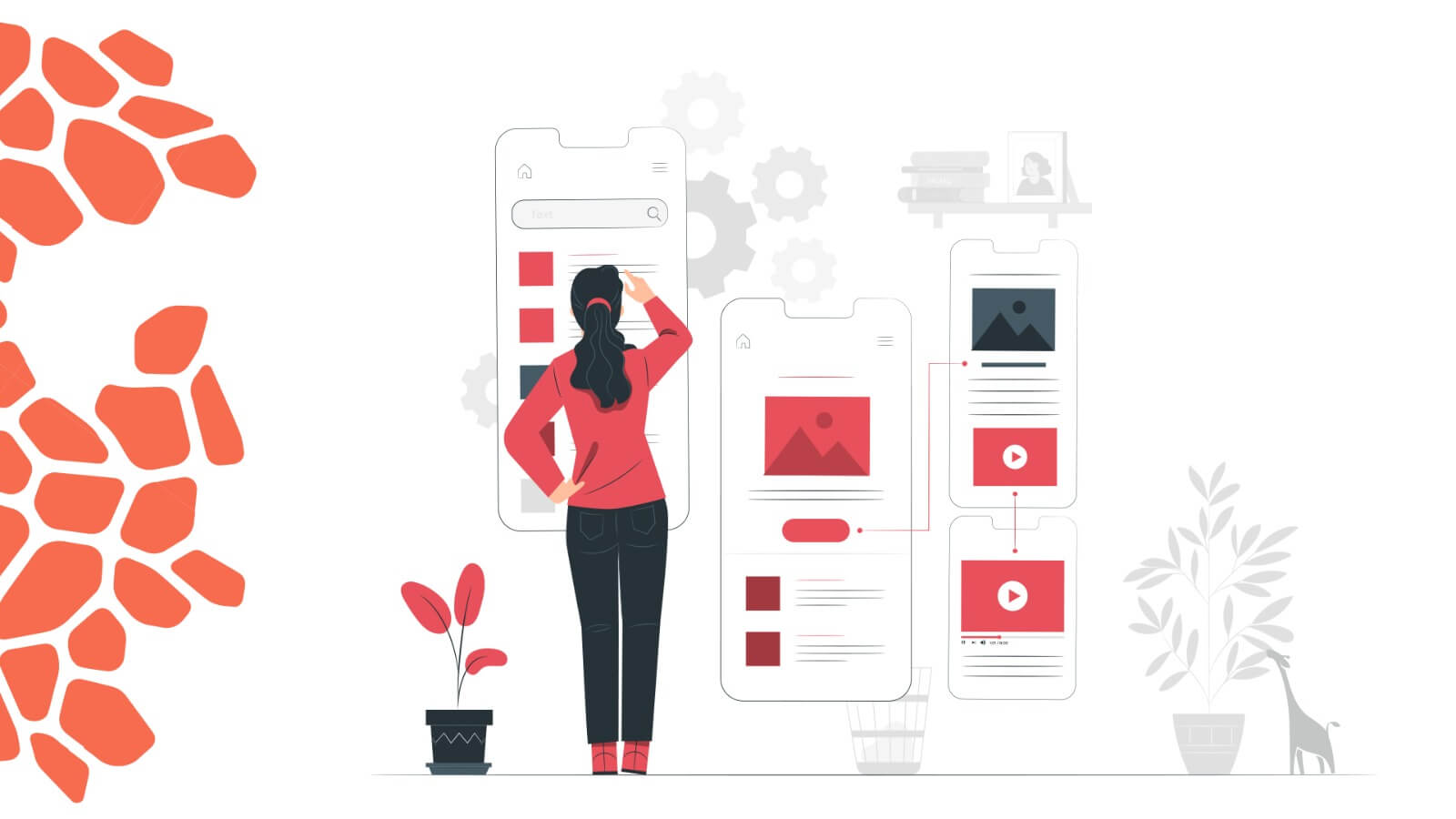 Among the many advantages of using Parse application, it is most often mentioned that it is simple to use and learn because it is intuitive. Its speed is also important (many features are available immediately), fast application development, automation, time and money saving (a large number of free features) and cross-platform – Parse supports mobile, desktop and almost any IoT technology. Thanks to Parse, developers can focus on what needs to be created rather than how to implement it correctly. This framework gives you a simple mechanism to make push notifications which are very often used by mobile apps. Updating user in real-time about events is very crucial. Parse also allows an easy access to email notifications or social services login which you can take advantage of. Users can log in with e.g. facebook account instead of creating a new one. One more of great advantages of Parse baas is a simplicity in creating end-to-end REST API.

Parse has few flaws, but if we are going to mention any, we should refer to the lack of streaming and the relationships between classes that are too difficult to maintain. Limitations in the custom backend function are also important. Parse also forces us to develop with Node.js and you simply have no other choice than to take MongoDB as your database.

The features of Parse

Setup Parse on mobile side is easy and enjoyable process. No matter what mobile platform do you use (Parse works on both Android and iOS, it even support Flutter!), all you need to do is initialize Parse platform at start and you are ready to go.

It requires at least 3 things: server url, client key and application id. As easy as that. Now you can work with all kind of data including custom objects and even Geopoints. All models in Parse database extends base Parse model -> Parse Object. It allows user to implement all necessary actions such as saving, adding deleting an object and many many more.

How to use Parse Server

When there is a need for certain data to extract, Parse framework gives user a handful set of tools to pull out any data. It supports nested objects in queries, complicated relational queries, distance queries and more. Parse database supports offline storage in easy and straightforward way.

The all actions mentioned above are well documented on Parse backend server website with dedicated sections for each platform. It is easily readable and if you have any questions, there is a broad community that can help you in resolving any possible issues. 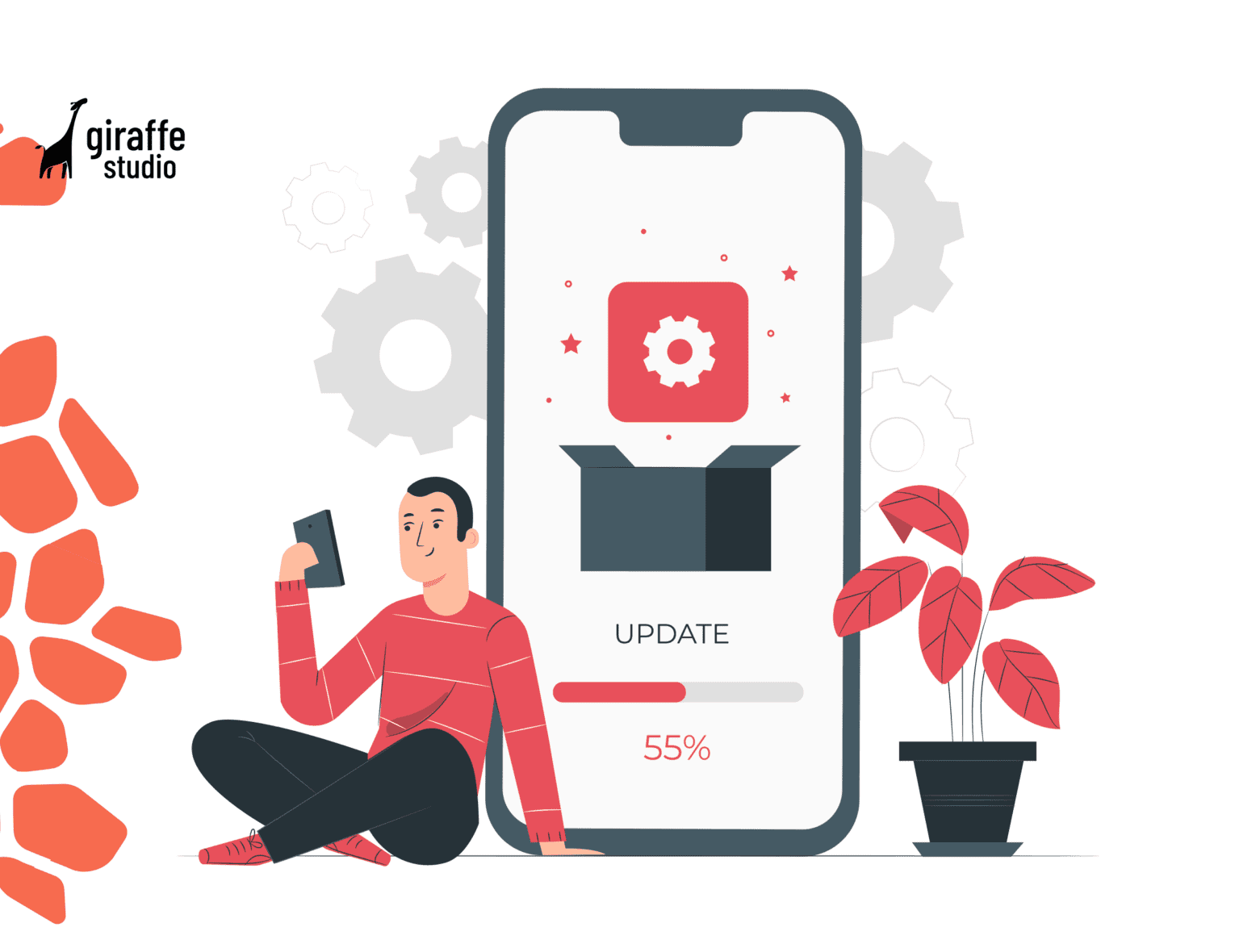 But what if the pull model of Parse query is not enough? What if the app relies on information whenever specific part of an object has been modified or added?

When app need a real time support Parse introduced a key solution in the form of live query. It allows user to subscribe to certain Parse query. Parse platform will then notify user when the object that matches the query were created or updated, so that the app can proceed. It requires both the Live Query Server and Live Query Client implementation.

Many times there are performance heavy tasks that the mobile app should not handle on their own. Cloud Code is a tool for a complex apps to transfer heavy logic and complicated calculations to Parse Server instead. This allows developer to instantly add new features and change app behavior on fly as the Cloud Code is broadly available almost instantly with every update.

With all feature mentioned I think that decision of database for mobile app development is far more complicated than it seems on the first sign and should be analyse thoroughly in order to achieve all goals and provide smooth user experience. It should include all feature ideas and that is why it is one of the most crucial decision on early app development stage.

If you are looking for a team of developers for whom programming has no secrets, each new project is an adventure worth exploring, and creating something new is always associated with positive emotions – you’ve come to the right place. For us, there is no impossible, each project is a challenge for us, we are always 100% involved in everything we do. Check our portfolio and opinions of our clients and you will find out that we always work at the highest level. If you want to contact us, you can do it in any way you choose – call us, write an e-mail or fill out the form on the website. Our team is waiting for you.