What is Flutter: advantages and disadvantages

What is Flutter: Pros and Cons

Flutter is a framework created for developing Android and iOS applications with a single code base. What does it mean? That Google has built a tool that makes it possible to write mobile applications faster and cheaper.

In most situations, we need two teams of developers to create a mobile application for these two most popular platforms: one responsible for building a product adapted to iOS and the other for Android. Therefore, we need a group of specialists who know well Swift to create iOS app and Java or Kotlin language to write an application for Android. In the case of Flutter, we only need one team.

A software house using Flutter is therefore capable to provide solutions at the optimal time, for reasonable money. This factor  make a huge difference at the stage of choosing a company, which we entrust with building a product adapted to the specifics of both platforms.

From the very beginning, Flutter seems to be a perfect solution. It has many advantages that you will find out in this article. As you might expect, Flutter, like any other tool, has also some disadvantages. So does the Google framework have more positives or negatives? Let’s take a look at it. 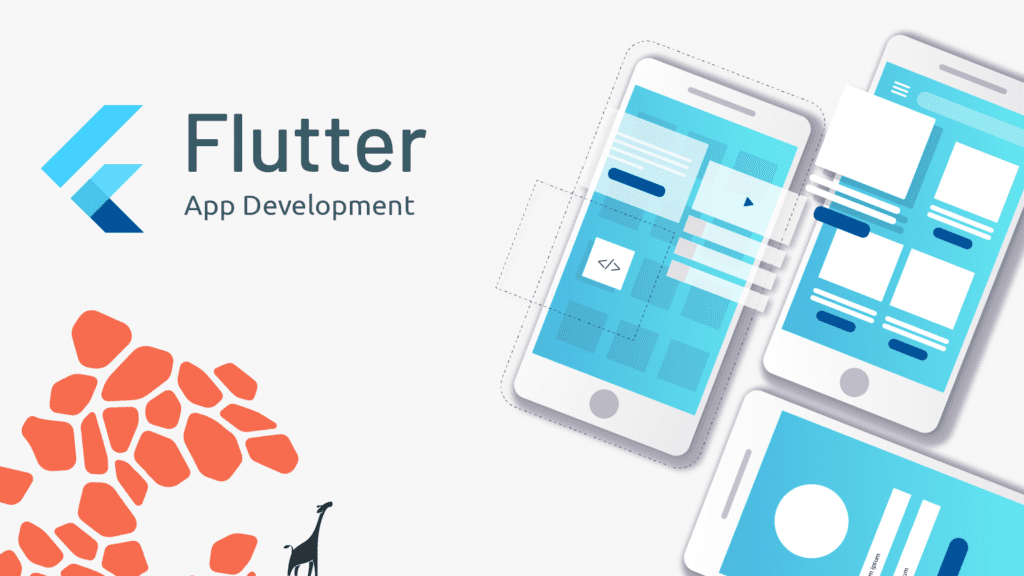 What is Flutter app development?

The assumption of Google was quite simple: using one framework make it possible to create a code which can be then freely adapted to the specifics of the Android and iOS platform. Sounds very promising, right?

But it is true. Flutter gives us the opportunity to create an application skeleton, which can then be effectively adapted to both platforms, significantly reducing project costs. One team of programmers is able to successfully build a product adapted to both systems, sharing their knowledge and experience with each other. All this factors makes the process of creating such a product much more effective. 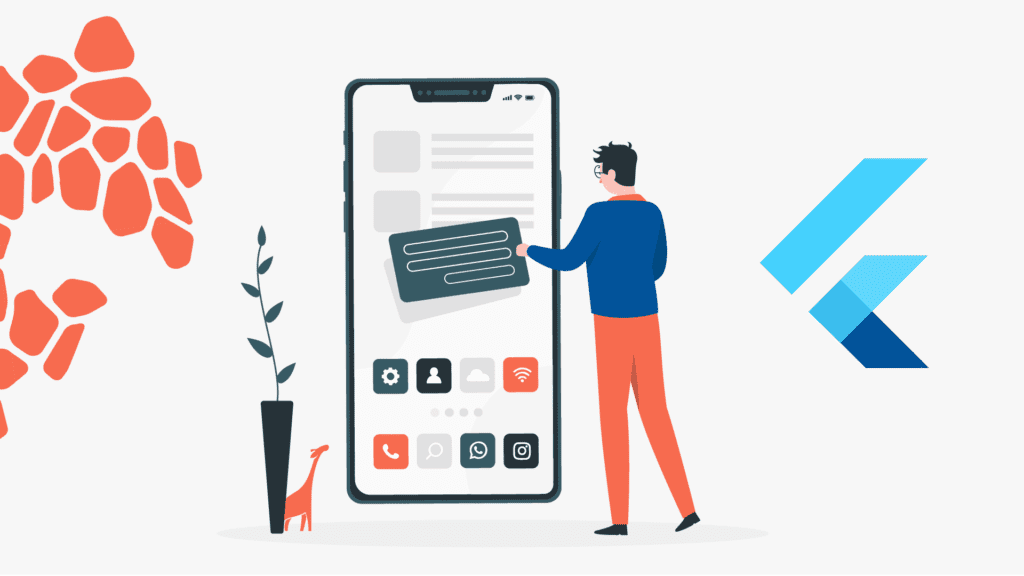 So let’s talk about Flutter benefits. The biggest advantage of Flutter is its cross-platform nature. What does it mean? When we write a mobile application, we can immediately create it in the iOS, Android or web version. This shortens and simplifies the application deployment time.

The customer can therefore save a lot of money by building his product faster and cheaper, achieving the same effect, but with less effort. The result of using the Google SDK is simply amazing.

It is also worth mentioning that behind Flutter is the power of Google. And who is the author of the Android success?  That’s Google. Android revolutionized the mobile application market and became the biggest competition for the iOS system created by Apple. On the one hand, it gives the certainty of further development of the solution, adapting it to the growing needs of users. Secondly, it gives us confidence that Flutter, as Android before, can gain a significant place on the market.

If a group of developers work on the same technology creating application, it is much easier for them to communicate and what is more – they are able to find the best possible solution much faster. This has a positive effect on the application development process, significantly shortening it.

Work on the project is faster at each of the stages: architecture design, code writing, implementation of assumptions and testing. It also gives us the possibility of maximum consistency between the application versions. Often, many problems on the end user side are related to the fact that the application versions are inconsistent. With Flutter, we avoid this problem.

And even more advantages of using Flutter

Flutter is relatively simple to learn. If the development team already has experience working on projects, has the skills and knowledge of other programming languages, getting to know Flutter should not be a big problem for them.

The Google tool can therefore be successfully adapted to the team’s work mode and make their solutions implemented quickly, cheaply and effectively. If you want to learn more about the specifics of work on creating a mobile application, read our article: Mobile application in 4 steps.

Flutter also allows developer to quickly verify changes in the code, offers a wide selection of widgets, gives the opportunity to create interesting animations that translate into a better perception of the application by the user. 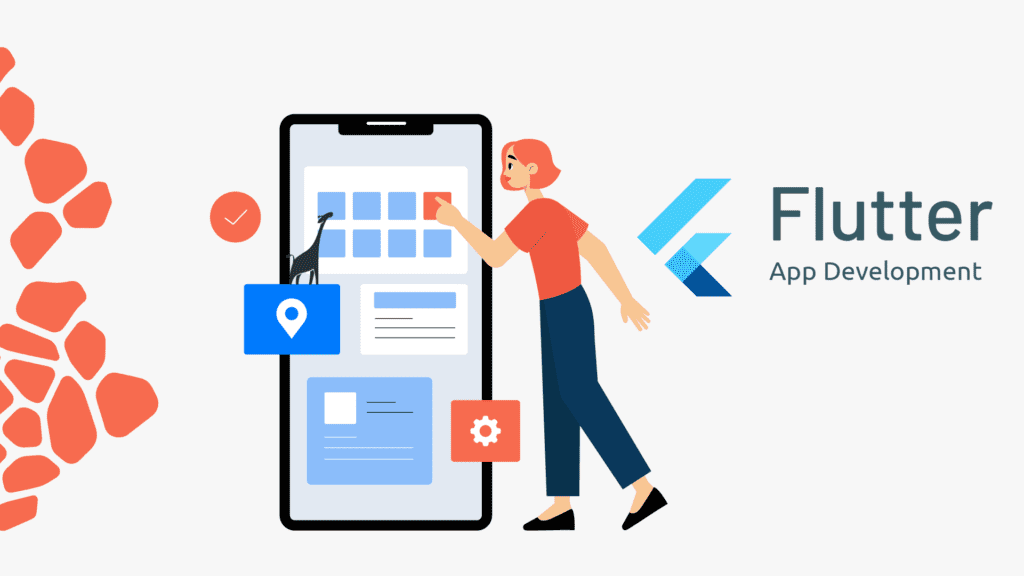 Flutter is an example of young technology so this is not a surprise that some elements still need improvement. There is also a risk that this framework may also change over time for business reasons. Critics of the solution point that some plugins are poor quality, which requires good developer knowledge and the ability to spot problems from the very beginning. Occurring errors and bugs can therefore make it difficult to develop the application without a hitch.

At the stage of project valuation, the developer must therefore carefully consider whether he is able to implement a given idea with the available tools. It therefore requires knowledge and experience. At the beginning of work, the team of developers must carefully analyze the project requirements and make right decisions that will not cause problems at a later phase of work.

Weakness of the solution

During the product development, it may turn out that a given solution that the client wants to implement cannot be successfully done with Flutter. That’s the case.

However, it should be underline that an experienced programmer is able to find a solution from such a situation and successfully work around the obstacle. Flutter has bugs and shortcomings, but it is a framework that is constantly being adapted to the needs of the market, so there will be improvements and new opportunities.

How to get started with Flutter

If we have the basics of programming in other languages, Flutter should not be a huge challenge for us. Let’s assume that we already have experience working on mobile projects, we are aware of the specificity of Android or iOS platforms and we show a willingness to learn. In this case, Flutter is just for us.

Google framework is extremely intuitive and you can really enjoy working with it. Flutter gives a lot of possibilities and allows you to feel the real joy of programming.

If we previously created applications only for one platform, then of course we must bear in mind that we will have to adapt to the characteristics of the other platform, get to know its specificity. However, this should not be a problem and will give us a chance to develop our skills.

It is also worth bearing in mind that there are still not many programmers on the market who already have experience in creating projects in Flutter. If we join this group, we will certainly gain an advantage over the competition. 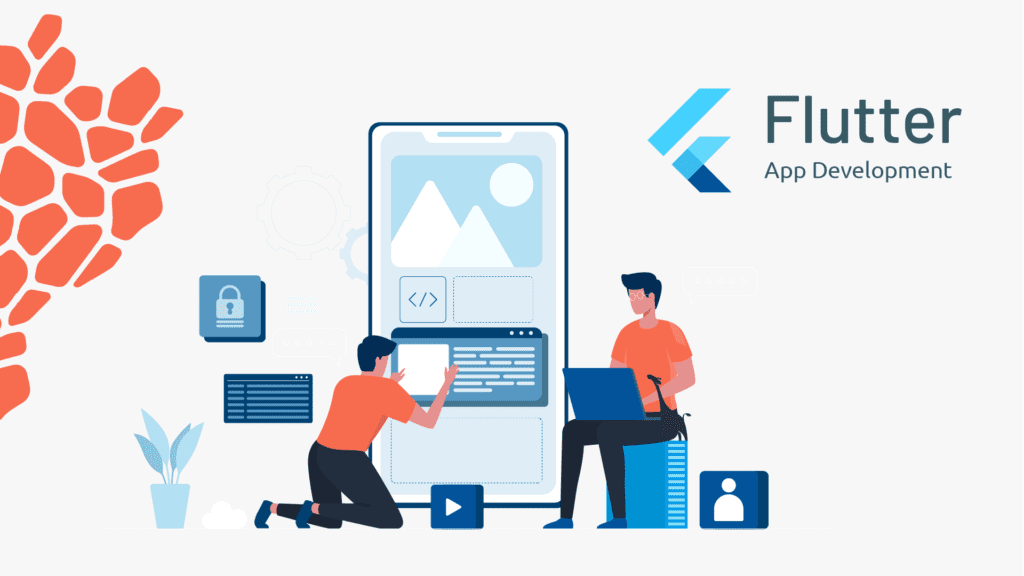 Very likely. Everything is going along with Flutter to replace React Native within a few years. The platform is constantly developed and gives more and more possibilities. What is also very important, behind it is the power of Google, which has created Android, one of the most popular operating systems in the world.

Tim Sneath, Google’s Group Product Manager, gave an interview for The Register, in which he presented his insights on the development of the Flutter platform and its future. “Usually you have to compromise a lot,” says Sneath. “We’ve deliberately attempted to build something that uses the same code in different environments, but is also tailored to the needs of each platform the developer wants to run the application on.”

So it seems that Flutter has a future ahead of it and the market will become more and more receptive to solutions that can be created with its tools.

Behind React Native there is not a large company, but a community that is thriving, so the fate of the solution is closely related to it. Lack of adequate funds for further development, divisions, and the lack of appropriate cooperation mechanisms may at some stage destroy the future of this solution.

Firstly, creating applications in Flutter is faster, secondly cheaper and thirdly, gives the project a high probability of success.  That is why, as a software house, we decided to use the Google SDK.  We have successfully created many projects using the possibilities offered by Flutter. Its example is the application Camps Australia Wide, which is already used by over 100,000. users. You can read more about this product here.

Our projects created in Flutter have been appreciated on the market. In December 2020, we appeared in the prestigious Flutter App Development Companyies ranking. TopDevelopers.com publishes a list of the leading companies that use Flutter for mobile application development. We have been included in the list of companies that successfully create Flutter products because we  provide high-quality mobile applications in the optimal time and for reasonable money. 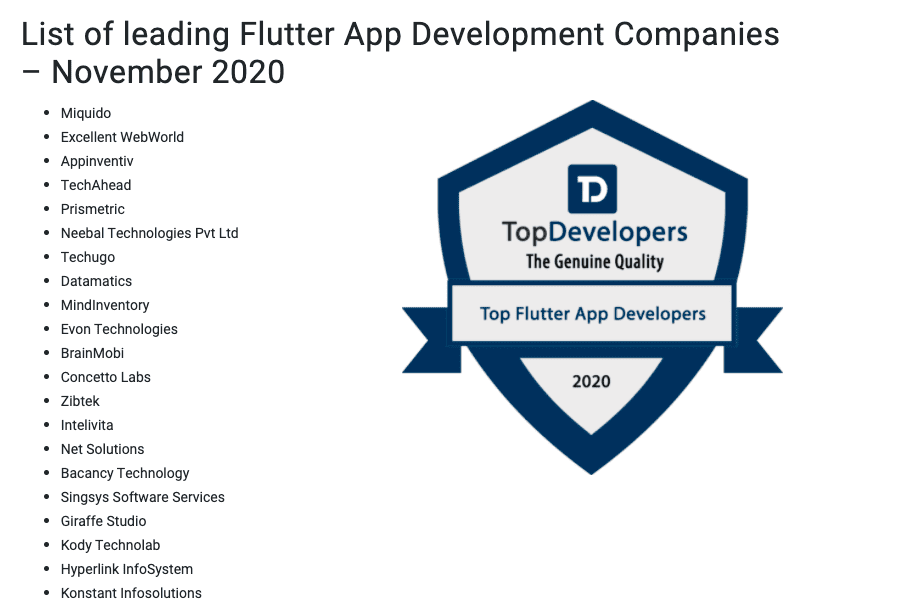 You can check the entire ranking here:

Maybe Flutter would also work for you? Let’s talk about your product idea and business assumptions. We will adapt the possibilities to your needs. Trust our experience.

Founder of Giraffe Studio. A graduate of computer science at the Polish-Japanese Academy of Information Technology in Warsaw. Android & Flutter developer with extensive experience. The type of visionary who will always find a solution, even if others think it is impossible. He passionately creates the architecture of extensive projects, initiating and planning the work of the team, coordinating and combining the activities of developers. If he had not become a programmer, he would certainly have been spending his time under the hood of a car or motorcycle because motorization is his great passion. He is an enthusiast of intensive travels with a camper or a tent, with a dog and a little son, he constantly discovers new places on the globe, assuming that interesting people and fascinating places can be found everywhere. He can play the piano, guitar, accordion and harmonica, as well as operate the sewing machine. He also graduated from the acting school. Sebastian never refuses pizza, chocolate and coffee. He is a real Fortnite fan.